When the original Kaysville City Hall was built in 1985-1986, the population of Kaysville was between 10,000 – 13,000. A new building was needed as city administration had outgrown the 7,000 square foot building that fronts Main Street (the “Old Library”). The new Kaysville City Hall was 10,000 square feet – a modest improvement, but only designed to meet the immediate needs of the city.

As the population has grown to 31,000, city services have increased. Over the years, the administration has “made do,” undergoing several small remodels to make room for necessary staff space, resulting in diminished storage and meeting space. City Council Chambers were no longer able to be rented out when a small kitchen was removed to house the Building Department.

The authorized representatives for the citizens – the City Council – will vote on this issue. To put it on the ballot would indicate that this is an optional remodel, however, it is necessary to the proper functioning of the city. 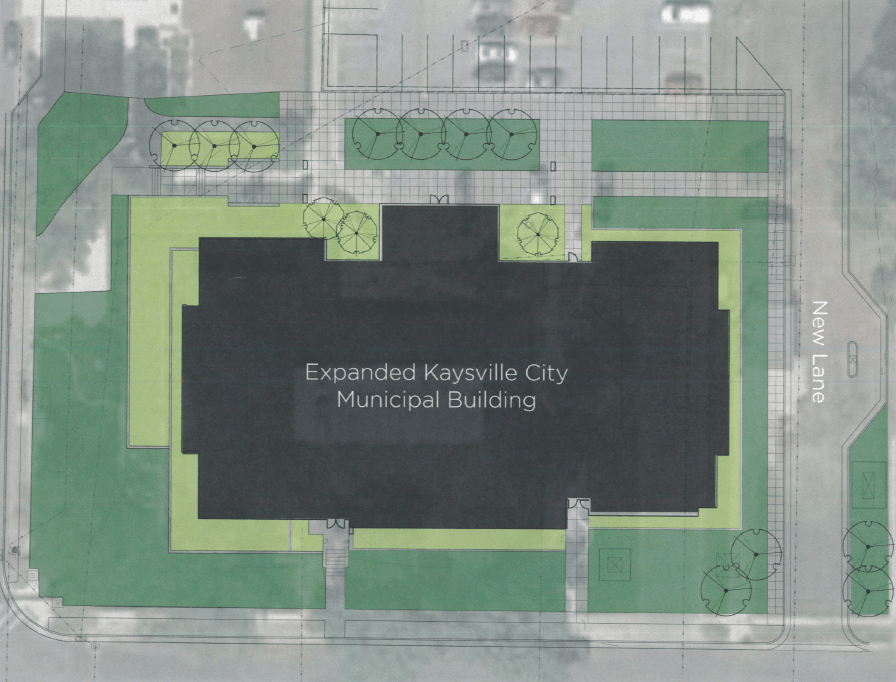 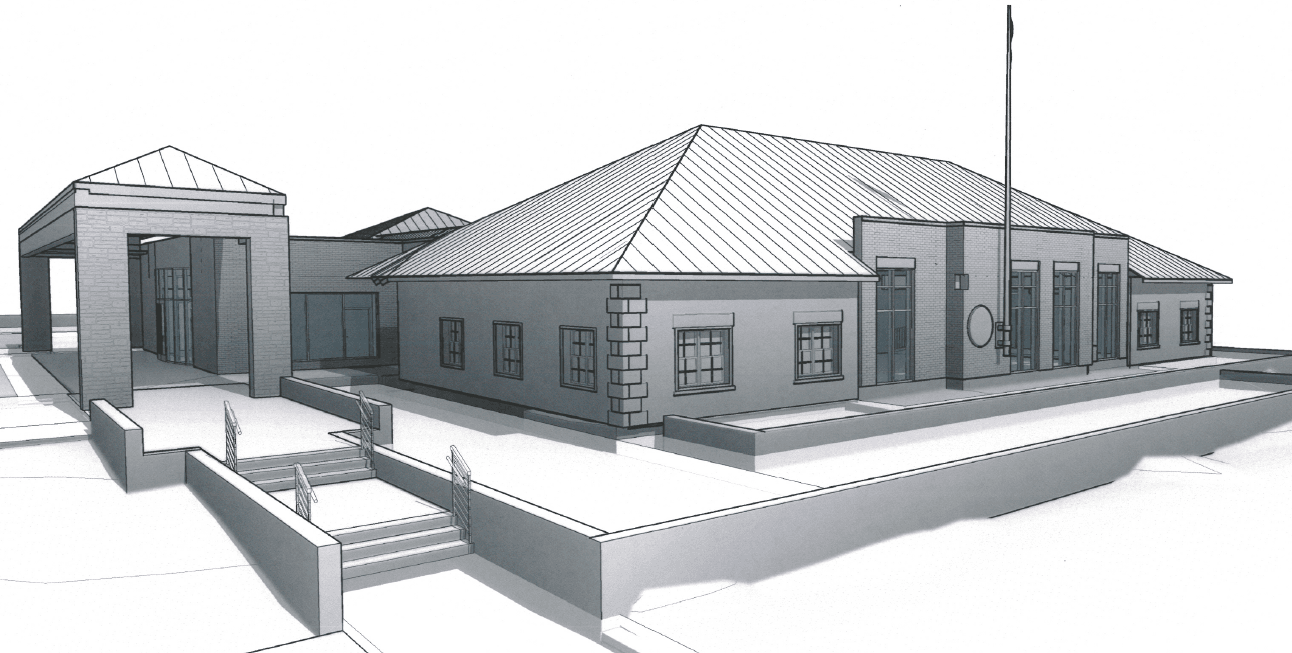 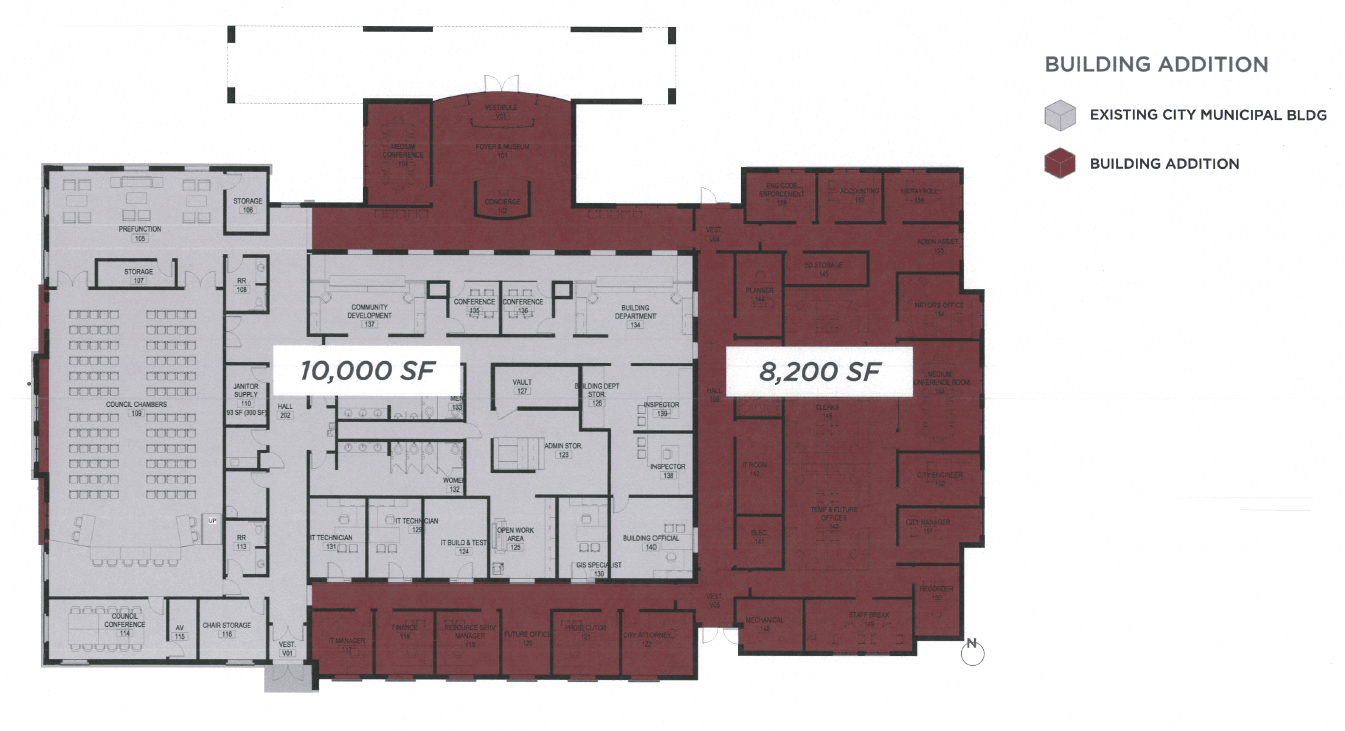 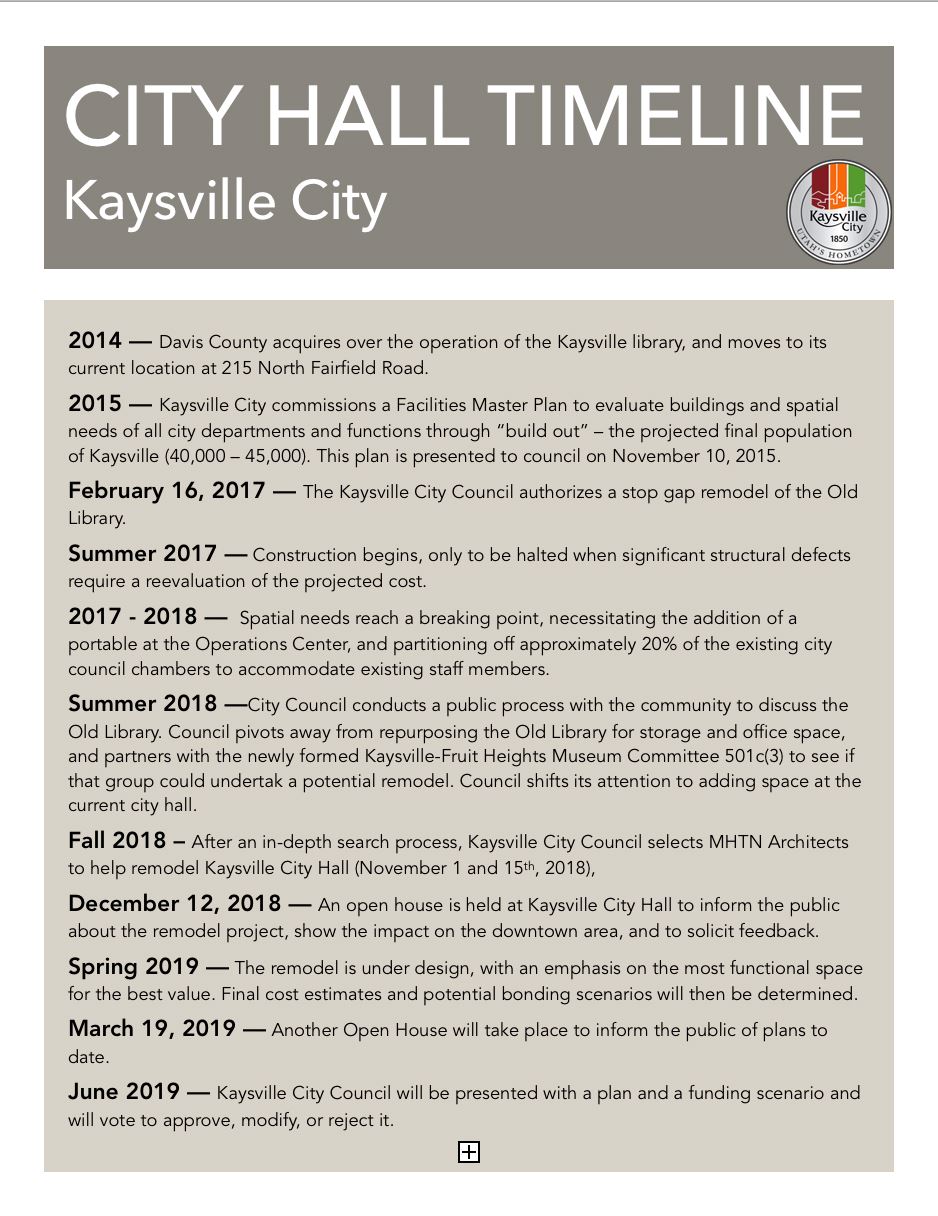